The Last of the Kalinago

When  James Fenimore Coooper penned “The Last of the Mohicans”, he said this:


“…there was no recess of the woods so dark, nor any secret place so lovely, that it might claim exemption from the inroads of those who had pledged their blood…to uphold the cold and selfish policy of the distant monarchs of Europe..”


While he was writing of the exploit by Europeans of north american Indians, his words could equally apply to the history of the Kalinago Indians of Dominica. They are the last surviving descendants of the native peoples that made their way from South American up the island chain of the Caribbean, settling in islands as far north as the Bahamas. In our travels throughout the islands over the years, we  heard time and  time again about these  original inhabitants, typically  referred to  as the Caribs. Until we got to Dominica, we assumed they were a long  extinct sect. We were wrong.


Christopher Columbus and his 17 ships made his 1494 second voyage to the new world, and he and his crews were the first whites to lay eyes on Dominica. They never touched its soil due to the rocky bottom of the shoreline.  Later Spanish expeditions did, however, and immediately laid waste to the population they encountered. Those they did not kill with flu and small pox, they killed for their refusal to allow exploitation.


These "Caribs" were in fact the  Kalinago, and they did not go easily into the night. They were warfaring and territorial and while some assimilated, most refused and rebelled violently. Spain decided that obliteration was appropriate. They  massacred hundreds on a site whose town is to this day known as Massacre.
The Spanish and later French invaders could not eliminate the Kalinago, however, because the remaining Kalinago  had retreated to the verdant rain forested mountains where their would-be  exploiters dared not venture and where they continued to perpetuate their unique culture.
Finally, in 1904, England, who by then had control of Dominica, gave to the Kalinago their own territory, consisting of 3700 acres on the west coast. Today, it is home to the last 3000 of these native peoples, who continue to foster their heritage, including building boats of remarkable workmanship.  We had the good fortune of accompanying our guide, Charlie, into the heartland of the Kalinago, where we learned of their history and shared a taste of their rich bounty. 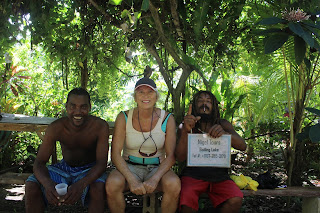 Jewel of the Sea Sailing 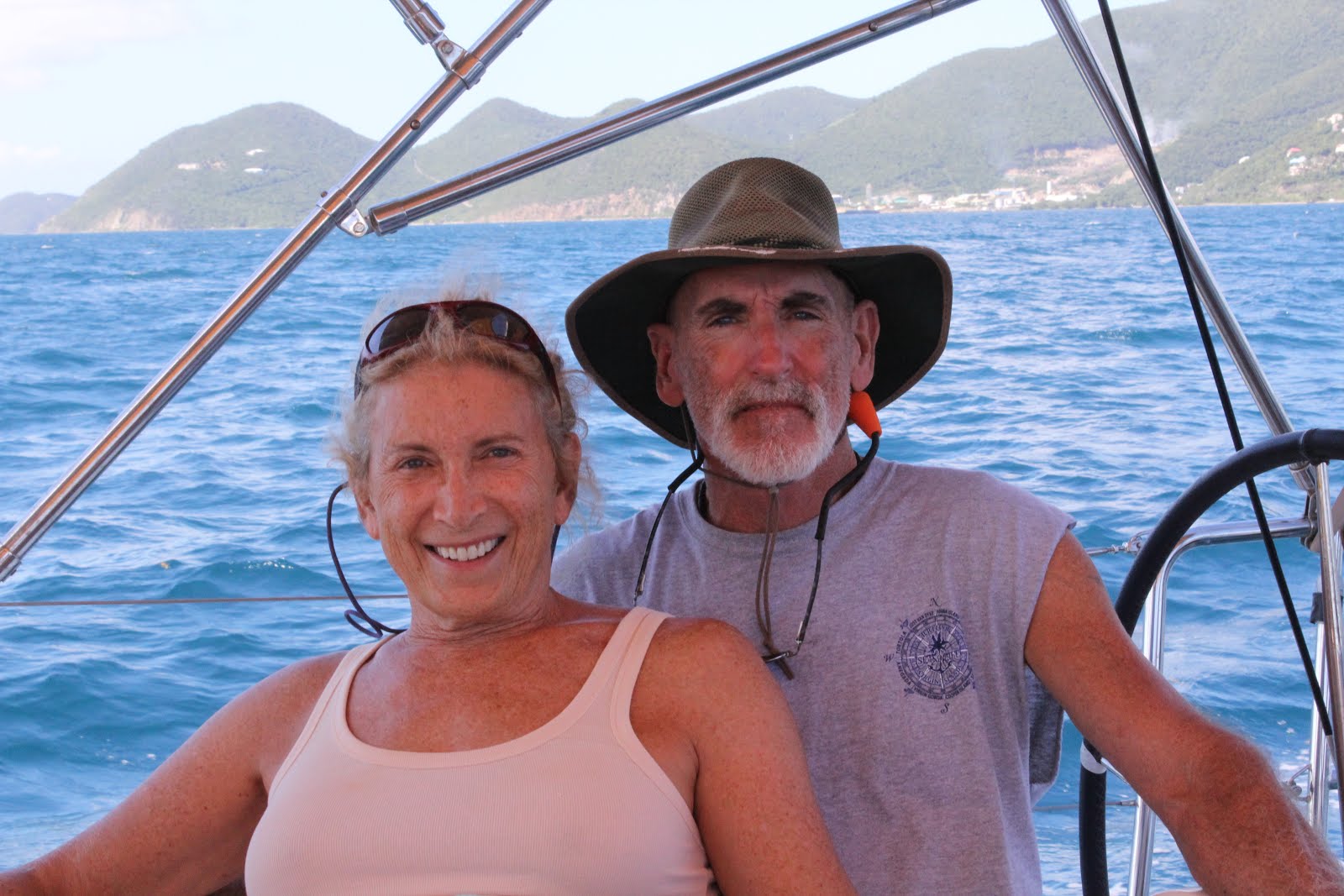 Come along on the adventure!

Find stuff in this Blog! 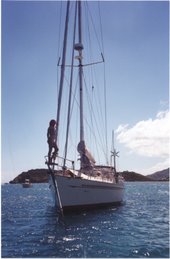 Welcome to our sailing adventure

2017 6 Months on 43' Benetteau in the West Indies. British Virgin Islands to Antigua; Antigua down the Lesser Antilles to Dominica. 15 Islands